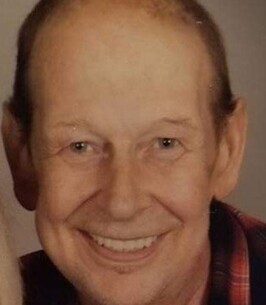 Billy Jo Armes, age 68, passed away on November 22, 2022 at his home in Grantsburg surrounded by his family after a long battle with cancer and Parkinsons disease.

Billy graduated from Burlington High School. He went to machinist school at Pinellas Tech in Pinellas, FL. He worked at American Motors. In 1985, he began his trucking career with Border Transportation and Airline Transportation Specialist where he mostly hauled jet engines for Northwest Airlines.

He was preceded in death by his parents, Cliva and Beverly Armes; his foster parents, Mary Ann and Vincent Lena; his newborn son, Anthony; sisters, Cindy Lambert (Armes) and Linda Kramer (Armes); his brother, Brian Armes; and a great nephew;

He is survived by his sister, Jill Maciosek (Armes); his brother, Bobby Belanger; sister in law, Darlene Armes; his one remaining uncle, James Armes. He is also survived by several of his foster family the Lena's; special person, Gail Handt; his daughter, Faith (Glen) Price; 3 grandchildren, Marcus Robinson, Kate Gillis (Joey Johnson) and Madi Handt (Maxwell Eickman); his only great granddaughter, Ember Wren Johnson; along with nieces, nephews, other family and friends.

Rest in Peace Billy. You live in all of us and we are all richer for it.