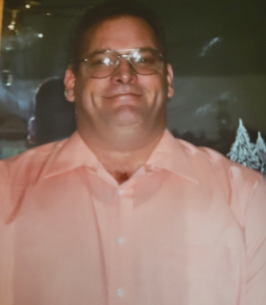 Carl Duane Peterson, age 61, a resident of Siren, WI, passed away on Tuesday, March 1, 2022 in Minneapolis, MN with his loved ones by his side.

Carl was born on July 10, 1960 in Siren, WI to parents Gene and LaVonne (Richison) Peterson.

Carl graduated from Webster, WI then went on to continue his education in Eau Claire University of Wisconsin then to specialized school for computers. Carl went to work at NCR Corporation for several years. When the company left Minnesota and Carl’s 3 boys were all grown, he moved to Alabama where he wanted to help raise his young daughter. Once she was all grown-up Carl moved back to Wisconsin to help take care of his father.
Carl was an active member of the church in Alabama, with youth groups and the men’s club. Carl enjoyed playing softball and volleyball, but his most favorite thing to do was golf. Carl was an absolute gold standard asset on your trivia team.

Carl is preceded in death by his parents.

He will be greatly missed by his children, Brianna, Steve, Joseph and Mathew; stepson, Richard Quillen; brother, Kris Peterson; along with other family members and friends.

A memorial service will be held on Saturday, July 9, 2022 at 1:00 PM at Our Redeemer Lutheran Church in Webster. Following the church service, friends and family are welcome to continue to Celebrate Gene's Life at the Pheasant Inn with food and beverage.

In lieu of flowers, memorials are preferred.