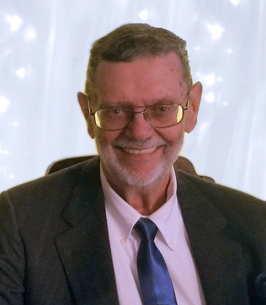 Mick was born on February 26, 1945 in St. Paul, MN but his heart belonged to Webster. He loved fishing Devil’s Lake, his parents had been going there since he was born. He never owned a cabin on Devils but now will rest peacefully near the shores of the lake and enjoy the sounds of the waves for eternity. He was always so impressed by all the wonderful people around the Siren/Webster/Frederic area. He was blessed with so many good friends and people always willing to step in and lend a hand or an ear. He truly enjoyed his last 11 years living in Siren and experiencing life in paradise.

Mick was a man who was devoted to his faith, and family.  He had a passion for music and fishing.  He was known for “having a song for anything”. He loved God and was a faithful servant. He always prayed that God would find him a “keeper” and we’re sure God has indeed welcomed him into his boat.

Thank you to all the wonderful people who have sent their prayers during our journey and those who have offered countless times to help him out. He was truly blessed.

Mick was preceded in death by his parents, Al & Alvina Miller and his brother, Paul Miller.

A Mass of Christian Burial will be held on Friday, September 9, 2022 at 11:00 AM (visitation 10-11 AM) at St. Dominic's Catholic Church in Frederic. Interment will follow at Orange/Lakeside Cemetery in Oakland Township with pallbearers Dave Meier, Joseph Gutzman, Logan Schleich, Jim Englin, Deb Gutzman, Michael Abbott and honorary pallbearer Connie Kight.