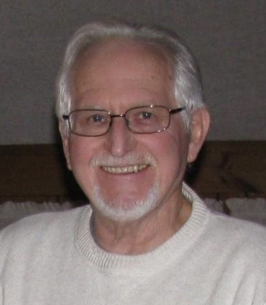 Daniel “Dan” Richard Brown, age 79 a resident of Webster, passed away on Wednesday, June 22 at his home with his wife by his side.

Dan was born on December 26, 1942, in Estella Township, Wisconsin, the eldest of three sons born to Daniel Robert and Edith Clara (Yohnk) Brown.

He graduated high school from Cornell, WI and went on to University of Wisconsin in Eau Claire, graduating with his bachelor’s degree in business and minor in math.

Dan had a 34-year career with the Burnett County Department of Social Services, eventually serving as the director of the agency. He was active in the community including the Webster Fire Department, Webster Lions, Cub Scouts, the Webster board, and was the Village of Webster Mayor for three years. He helped to start the annual Webster fourth of July parades.

Dan married the love of his life Margaret Sweet on July 21, 2001 at Grace United Methodist Church in Webster, WI.

Dan was proud of his five children; enjoying their activities and watching them grow and raise their families. He loved sparring with his buddies about current affairs over morning coffee, taking his pontoon out, hiking at Lake Superior, and Boundary Waters canoe trips. Dan was quietly generous, always willing to give his time, and cared deeply about making the world a better place.

He is preceded in death by his parents.

Arrangements were entrusted to Swedberg-Taylor Funeral Home, Webster.
Online condolences can be made at www.swedberg-taylor.com.