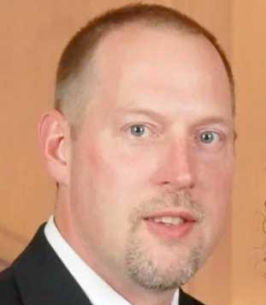 Daniel (Dan) Vincent Ohnstad passed away unexpectedly at the age of 55 after being tragically struck by a drunk driver on his way home from a school board meeting on February 28th, 2022.

Dan was born at Fort Rucker, Alabama to John and Phyllis Ohnstad. After Dan’s dad retired from the military the family moved to South Dakota and then Minnesota, where Dan graduated from Appleton High School. He had a love for helping people, improving their way of living, and pursued this throughout college. He worked at Camp Courage, a camp assisting mentally and physically challenged individuals, and often shared many stories from his time there. While attending the University of Minnesota, Dan met his future wife, Marie. He graduated with honors for his degree in Physical Therapy.

After graduation, Dan married Marie in 1991. They moved to Aberdeen, South Dakota and started their lives together. In 1992 Dan and Marie moved to Cushing, Wisconsin where they spent time building their house, establishing a farm and starting their careers. Dan worked for Roger and Sharon Branes at the Physical Therapy Center in St Croix Falls, then he moved to Grantsburg’s Burnett Medical Center becoming the Director of Rehabilitation Services for several years. Dan always had an entrepreneurial spirit and dreamed of owning his own business; so, in 2012 he started Ohnstad Therapy Services. In 2021, he decided to join the Fyzical franchise for further growth opportunities.

Dan spent countless hours helping those in his community. He loved volunteering his time working with the student athletes in the Grantsburg School District, including those on the volleyball, basketball, football, softball, and cross-country teams. Dan was a kind and caring person, he regularly took the time to listen to the needs and concerns of those around him, working hard to do all he could to improve their lives. Dan approached life with a drive to succeed and to find ways to improve. He also approached life with a great sense of humor that helped lighten the day for those around him.

Dan was a member of the Knights of Columbus, Grantsburg Rotary, Grantsburg School Board, and was a youth basketball, softball, and soccer coach for many years. Dan focused on improving the lives of others in the broader community. He dreamt of a world where kids in the Grantsburg School District all had the ability to succeed along with helping those, he worked with to live their best lives.

Dan’s favorite activities included visiting Florida, enjoying the beautiful beaches and warm temperatures; he often spent time dictating his work notes with a backdrop of different beach music soundtracks. He loved taking yearly family camping trips and had just purchased a small pull-behind camper to travel with his wife, Marie, this summer. Dan and Marie have created a wonderful family with five children that are the center of their lives. Dan always said, “family first” with countless hours spent traveling to practices, games, school events, and eventually colleges. Dan was definitely the proud and ever encouraging dad. The family also raised cows, had several dogs and cats, and a huge garden. Dan loved and cherished his family and he made it a priority to mention words of gratitude and love for each of them. Dan is survived by his wife of 30 years, Marie (Rudolph), his five children, David and his wife Rachael, Jacob and his fiancé Grace, Violet, Joseph, and Olivia, his mother Phyllis, his siblings John (Cynthia) Ohnstad, Terry (Kellie) Ekeland, Pam (Dan) Bodart, Melanie (Mark) Henkelman along with his father-in-law and mother-in-law, Dave and Darlene Rudolph and sister-in-law Barb (Quinn) Montgomery and many nieces and nephews. He was preceded in death by his father John (Jack) Ohnstad.

Church on Monday, March 7th at 11:00 am. The Ohnstad family gratefully appreciates everyone’s support. Dan touched the lives of so many and we are thankful for all your thoughts and prayers.

Arrangements were entrusted to Swedberg-Taylor Funeral Home, Grantsburg. Online condolences can be made at www.swedberg-taylor.com.