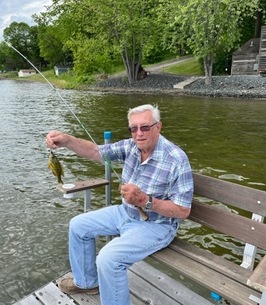 He served in the United States Army during the Korean War and was honorably discharged in 1955. On June 6, 1959, he and Helen Choulock were united in marriage in St. Paul, MN.

Donald was a member of the Yellow Lake Lutheran Church, loved to be outdoors, hunting, fishing and playing golf. His hobbies included travel, wood carving and coin collecting.

He was preceded in death by his son, Brian; grandson, Nick; his parents; and brothers, Charles and Melvin (Margaret).

He will be sadly missed by his wife, Helen; children, Mark (Alesa), Chris (Carrie), Keith (Sue) and daughter in law, Amy; along with 8 grandchildren, Angela (Jason) Burns, Sara, Kyle, Kassie, Jenni (Matt) Koranda, Sherry Kern, and Erin; 2 great grandchildren, Grayson and Maddie Koranda; sister in law, Ardis; along with other relatives and many dear friends.

In lieu of flowers, memorials are preferred to Alzheimer’s Association at alz.org

Arrangements were entrusted Swedberg-Taylor Funeral Home, Webster, WI. Online condolences can be made at ww.swedberg-taylor.com