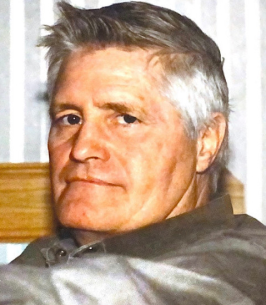 Frank Charles Sorensen, of Webb Lake, Wisconsin quietly passed away on June 5, 2022. He was 90 years old.
Frank was born in Chicago, Illinois to Donald and Gwendolyn Sorensen in 1932, Frank attended Sullivan High School in Chicago before graduating from New Trier High School in Winnetka, IL. Working summers in Spooner WI, he met the love of his life, Marjorie Hedberg of Webb Lake, WI. Frank and Marge got married on June 27, 1953 after which they moved to the Chicago area where Frank worked for an independent telephone company in Des Plaines, Illinois for the next 35 years with a 2-year interruption while he served his country in Germany with the US Army, 34th Signal Battalion.

Frank and Marjorie retired to Webb Lake, Wisconsin in 1987 where they became active members of the community. Frank was a long-time volunteer fireman for Webb Lake and was always willing to lend a hand, fix anything that was broken or just share a good story. Frank was blessed with a large and loving family and wonderful friends. He will be missed.

The family would like to extend many thanks to the staff of both Northern Wisconsin Regional Hospice and Maple Ridge Care Center for the loving care of our Frank.

Memorial donations may be made to the Webb Lake Community Club.