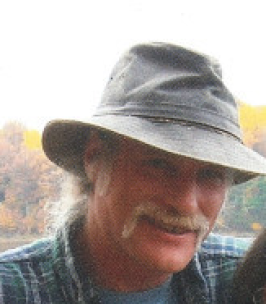 Greg grew up in Arden Hills, Minnesota where he attended the Roseville area schools, graduating in 1981. After graduation, he spent many years exploring and traveling across the country. Later in life, he settled in Webster where he called that home for the remainder of his life. One of his most profound professions was working as a community health representative for the St. Croix and Mille Lacs Band Tribal Communities. He was very passionate about helping others in their time of need.

Greg loved singing and playing the guitar and harmonica. Neil Young and Bob Dylan were his favorite musicians, and many people said he sounded like them when he sang. He was a master at making up his own words, one of which included “binoculating” aka looking through his binoculars. Wherever Greg went, you could be sure that there would be someone he knew and that also knew him. Many knew him by his long, grey ponytail and his trademark hat. Greg was also known for his sense of humor, and had a great way of initiating conversation to make people laugh.

On October 18, 2008 at the Forts Folle Avoine, Greg married Virginia Tossey (Dunkley). Together, they spent many days fishing and enjoying the outdoors. He enjoyed spending time with his granddaughters, Avri and Nora. They played cards, swam in the lake, stacked firewood, worked outside together and went on Sunday dump runs.

Greg is preceded in death by his father, Richard.

He is survived by his wife, Virginia; stepdaughters, Katie Draper (Gilly) of Brook Park, MN, Libby Tossey of Fargo, ND; stepson, Scott Tossey of Hinckley, MN; granddaughters, Avri and Nora; mother, Joan Mann; and by other relatives and friends.

A funeral service will be held on Thursday, June 23, 2022 at 11:30 AM at Swedberg-Taylor Funeral Home, Webster with visitation from 10 AM to the time of service. Interment Orange Cemetery, Webster.