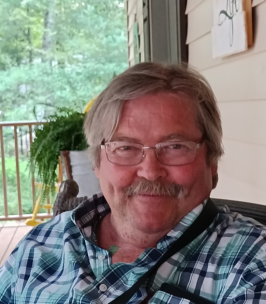 John Henry Carlson passed away on March 3, 2022, at the age of 64, at home with his true companion and loving wife, Roberta (Robie), by his side. His battle with metastatic colon cancer over the last 2.5 years showed his courage with facing life’s challenges with a smile. Despite the pain and enormous changes to his physical body, John remained our hero and stayed strong, determined and a little stubborn until the end.

He was a rare combination of someone who had a love of life and a firm understanding of what was important – the simplicity of living life with those you love.

John was born in St. Paul, Minnesota to John and Donna Carlson on January 16, 1958. Growing up, John enjoyed spending time with his brother Joseph in the great outdoors: fishing, camping and hunting for the biggest buck. John was taught the importance of hard work from his father, and work is what he did. John worked side by side with his father at Carlson Sewer & Water in St. Paul, Minnesota until he eventually took over the business, installing underground utilities. John was extremely proud to say that the family business had entered its third generation as his oldest son, Michael, began working with him at the company.

John was a kind and generous man who made many friends along the way. He was the kind of person that people wanted to spend time with and knew he was a friend they could count on. John’s favorite verse from the Bible was John 8: 7 “Let any one of you who is without sin, be the first to throw a stone”. John’s ability to put this verse into practice every day by only seeing the best in others was one of his greatest attributes.

John had a passionate love affair with rock and roll music, ice cream, car engines, snowmobiling and anything dipped in chocolate! Anyone who knew John knew that his favorite past time was to hook up his camper and drive across this beautiful country. He loved showing and teaching his children about the national and regional parks and was extremely proud of reaching the age of eligibility for his free senior pass to the National Parks of America. John’s final trip in “Big Blue”, his dream truck, led him to Florida for sunsets, beaches, and alligators — just some of his favorites.

Of all the titles John had throughout his life, there were none he cherished more than those of “Dad” and “Grandpa”. His love and commitment to his six children and seven grandchildren was his primary focus and drive in life.

John is survived by the love of his life, Roberta Carlson, who will miss his daily greeting of “Good morning, Beautiful” that he said to her nearly every day of their marriage. He is survived by his children Kate Struble (Mark), Emily Aschenbrener (Paul), Michael Carlson (Kim), Megan Carlson-Formo (Derrick), Joshua Carlson, and Dana Carlson-Kottke (Charles). John is also survived by his seven grandchildren Marcus, Sean, Tyler, Hailey, Ellie, Bennett, and Kelsey. Lastly, John is survived by his brother, Joseph Carlson, and his mother, Donna Carlson. He was preceded in death by his father, John E. Carlson.