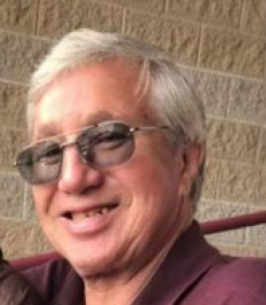 Sonny was born on September 18, 1948 in Siren, WI to parents Harvey and Jasmine (Caddotte) Lunsman.
Sonny graduated from Webster High School in 1966. He was a great basketball player throughout school and remained an avid local sports fan for basketball, baseball, volleyball, hockey and softball until he was no longer able to.

Larry G Lunsman was a war hero and a decorated veteran. He served in the US Army from May 1968 - May 1970 as a 11B20, Light Weapons Infantryman with A Co, 2nd Bn, 10th Infantry Division. He was deployed to Vietnam for 1 year, where he was awarded the Vietnam Service Medal with 3 bronze service stars, Vietnam Campaign Medal with 60 days service, the Army Commendation Medal, Air Medal, Bronze Star Medal, Combat Infantry Badge and the Vietnamese Cross of Gallantry with Palm.

Sonny briefly lived in Colorado before returning to Danbury where he spent the remainder of his life.

He married the love of his life Nancy Johnson on December 4, 1971. They had one daughter named Jaime.

Sonny was an avid sportsman and hobbyist. Hunting, fishing, trapping, wood carving and gathering rice were some of the things he loved to do and was quick to remind his friends he was the best at it.

Sonny was preceded in death by his parents; wife, Nancy; sisters, Annette Whiteside and Gloria Barnette; and brother, Victor Lunsman.

He is survived by his daughter, Jaime Moritz; grandson, Jeremy; sister, Linda Sears; many nieces, nephews; great nieces and great nephews; along with many friends.

The family asks that if you have any stories to share about Sonny to please bring them in a written format so that the family can add it to Sonny's memory book, or you can upload your story at www.swedberg-taylor.com.