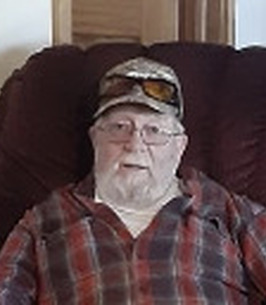 Les was born on June 12, 1941, at the family home in Siren, WI to parents Lawrence and Stella Lindquist.

Les married the love of his life Maxine Burnikel on June 15, 1963, at Bethany Lutheran Church in Siren, WI.

Les attended Siren High School from 1947 to 1960. Les worked for North States Industries for 49 ½ years “officially” with his final position as Quality Assurance/Sampler Man. He actually started working there in 1948 at the age of 7. His father Lawrence was in charge of sharpening the saws, and Les would come to work with him and clean the saws. When he retired in 2007, he had spent 59 years working with North States. Les was never the type to sit still because during his years at North States he also bartended for 21 years and ran the family farm.

Les was a member of the Masonic Lodge since 1980. Les joined the Siren Lions Club in 1972 and could be found working all of their events.

You would always see a smile on Les’ face, but the biggest smile would be found when he was fishing, in his deer stand, when he was with his family, or working on the farm. Les’ true happy place was the farm with his family and friends by his side. You would also find Les cheering on the grandkids at any event they were participating in.

Les was preceded in death by his wife Maxine, his parents, brothers-in-law and sister-in-law.

A funeral service was held on Saturday, September 10, 2022 at 11:00 AM (with visitation 10:00-11:00 AM) at Bethany Lutheran Church in Siren, Wisconsin with Pastor Emily Stelling officiating. There will a luncheon served at the church following the service.