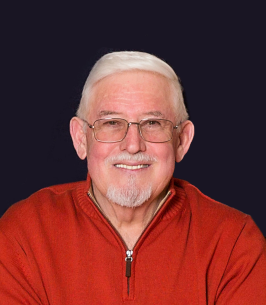 Bob was born on July 2, 1947 in Frederic, WI to parents Willard and Dorothy (Williams) Meyer.

Bob had several professions before going into business with his brother Jim Meyer. Together they owned and operated Jim-Bob Builders for many years. Bob was very active in his community. He served on the village board and was a member of the Grantsburg American Legion.

Bob married the love of his life Jeanne Johnson on March 23, 1974 at the Immaculate Conception Catholic Church in Grantsburg. Their family was made complete with the birth of their two daughters Bobbi Jean and Lynsey Louise.

Bob was very smart and was more than willing to share his knowledge with anyone. In his free time, he enjoyed hunting, fishing, bowling and reading, but most of all he loved spending his time with his family.

A memorial service will take place on Saturday, August 27, 2022 at 11:00 AM (visitation from 10-11 AM) at Faith Lutheran Church in Grantsburg, WI with Pastor John Addison officiating.