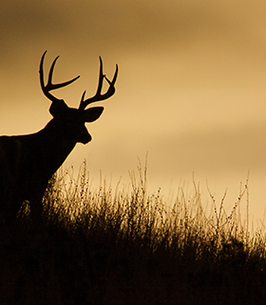 Wade Edward Lund, age 49, a resident of Pierz, MN passed away on April 23, 2022 after an unfortunate motorcycle accident.

Wade was born on November 4,1972 in St. Croix Falls to parents, Eugene and Sandra (Wickman) Lund.

Wade grew up in Siren, WI and attended Siren School. He received his GED and Heavy Equipment Operator’s Training from Central Lakes College in Staples, MN in 1997.   Wade was currently employed at Landwehr Construction.

As a child, Wade was known to be a daredevil and enjoyed riding anything with an engine. He loved making memories with his cousins at Hap’s Campground. Throughout his life he became a true outdoorsman, with hunting being his favorite thing to do. Wade was a joker and always had a smirk on his face, never knowing what he was up to. He always had a joke, or a story, or time to cook for family and friends. He was a true family man who loved spending time with his family.

Wade was preceded in death by his grandparents, Bert, Sr. and Myrtle Lund; Roy and Irene Wickman; and his uncle, Bert Lund, Jr.

A funeral service will be held on Saturday, April 30, 2022 at 11:00 AM (visitation 10-11 AM) at Swedberg-Taylor Funeral Home, Webster, WI. Visitation will be held on Friday, April 29, 2022 from 4-7 PM at Swedberg-Taylor Funeral Home, Webster, WI. Pallbearers will be Nate Lund, Darren Lund, James Klink, Tory Timm; Eric Benson and Kristofer Benson. Honorary pallbearers will be Alan Maslow, Paul Maslow, Joe Kowalski, Mike Taylor, Mike Gustafson, and Al Morse. Online condolences can be made at www.swedberg-taylor.com