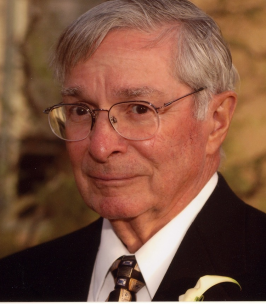 William Donald Rudie, age 94, a resident of Webster, WI passed away on June 5, 2022 following a short illness. He died at home with loved ones by his side.

He practiced family medicine for 46 years at P.S. Rudie and Associates in Duluth Minnesota. In addition to his medical practice, he served on the boards of St. Mary’s Hospital, St. Mary’s Hospital Foundation, St. Ann’s Residence, Catholic Social Services, Blue Shield of Minnesota, Blue Cross Blue Shield of Minnesota, First Plan HMO, The Muriel Whiteside Foundation, and as a cryptographer in the Army Air Force.

Bill was a loving and devoted husband to Ruth Miller, who he married on July 29, 1950 in Duluth, Minnesota.
Doc enjoyed life. A golfer from childhood until almost the very end, he was a member at Northland Country Club and later at Voyager Village for many years. He also enjoyed curling, tennis, card games, and, more than anything, the company of friends and family. He was a gentleman, and he will be missed.

William is preceded in death by his wife; parents; and brother, Richard.

He is survived by his children, William Rudie (Alice), Susan Carlsness (Brian), and Mary Nyquist; 5 grandchildren; 5 great grandchildren; special friend Flossie, along with many other family members and friends.