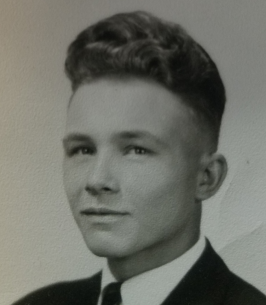 Lieutenant Colonel Retired Willis Albert McLain, passed away peacefully on Friday, May 6, 2022 after a long battle with Parkinson’s Disease.

Willis was born May 30th, 1939 in Grantsburg, Wisconsin to Albert and Gladys (Johnson) McLain. He married his wife, Sandra (Hemmer) of 58 years on May 2nd, 1964 in Rush City, Minnesota and moved to Trade Lake, Wisconsin where they had 5 children.

Willis was a “Service Man” in every sense. He enlisted in the Army National Guard and retired in 1992 after 30 years of service. Willis continued his schooling and became a police officer. He served with the Burnett County Sheriff’s Department for 23 years and retired as a Burnett County Deputy.

Willis had many hobbies and interests throughout his life. After retirement, Willis continued to explore his love for golf. Above all, Willis continued to pursue his desire to serve. Willis not only protected his community and his country, but he also protected his family and his faith. Willis was the founding member of the Knights of Columbus in the St. Dominic and Immaculate Conception parishes. He served as a Grand Knight and donated much of his time organizing many fundraisers and events while serving God and his faith.

Mass of Christian Burial will be held on Thursday, May 12, 2022 at 11:00 AM (visitation 9:00 – 11:00 AM) at the Immaculate Conception Catholic Church in Grantsburg, WI. Interment will take place at Northern Wisconsin Veterans Memorial Cemetery in Spooner, WI following the service.

Arrangements were entrusted to Swedberg-Taylor Funeral Home, Grantsburg. Online condolences can be made at www.swedberg-taylor.com.